Meryl Marshall is a founder member of NOSAS, and still a Trustee. She has a particular interest in illicit stills, shielings and old routes through Highland. She has done extensive surveying and recording on a wide range of sites throughout Highland over the last 20 years. She is the author, or co-author, of many of the survey reports found in the NOSAS archive. She is also author of two popular books on the archaeology of Strathconon and Glen Feshie. This is what she says:

I have always had an interest in archaeology. However, in the late 1950's, archaeology seemed unattainable as a career. It was an academic subject which appeared out of reach to a girl from a North of England working class background. I chose a different route at that stage and it wasn’t until 40 years later - after a gradual migration northwards which included a 2 year spell working in Norway, a family, and various other outdoor interests - that I found myself with a bit more time. Having been in the Highlands for 10 years, I was now able to embark on a face to face evening class run by the University of Aberdeen. 11 of us gained the Certificate in Scottish Field Archaeology and when it finished in 1998 we were encouraged to set up a Society – we called ourselves the North of Scotland Archaeological Society. 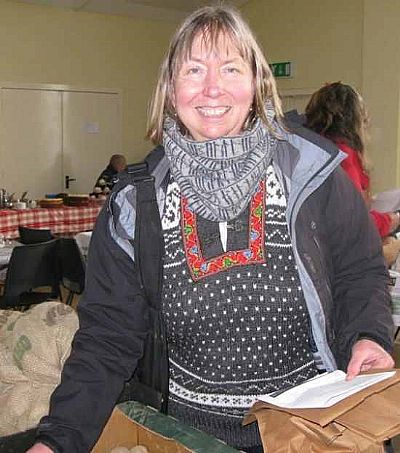 ager for ARCH (Archaeology for Communities in Highland) and a trustee of NOSAS. ARCH is a charity with the aim of involving local communities to understand, record and research their local heritage. She is the personal author of numerous ARCH publications, and has a considerable reputation for helping to make archaeology come alive for people in the Highlands.

In recognition of her significant contribution to Community Archaeology in the Highlands and eslewhere, she was awarded an MBE in the New Year's Honours List, 2018. 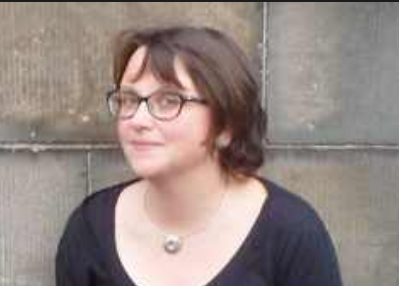 Dr Tanja Romankiewicz is the Leverhulme Early Career Fellow in the department of History Classics and Archaeology at the University of Edinburgh. She is an archaeologist interested in buildings, and an architect interested in the people of the past. She says about herself:

My first degrees from Cologne (Germany) are in architecture and architectural conservation. I gained my doctorate from the Technical University of Berlin (Germany) in collaboration with University of Edinburgh, undertaking an architectural analysis of prehistoric roundhouses in Scotland with focus on the stone-built brochs, the "towers" of the Scottish Iron Age. My post-doctoral research now investigates prehistoric timber houses, from Scotland to Britain, Ireland, Scandinavia and the European continent.

I have always been interested in interdisciplinary research between architecture and archaeology. During my architectural studies I worked on the presentation of a Roman municipium and garum manufactory in Andalusia, Spain, and studied Roman concrete in comparison with contemporary building techniques in northwest Europe.

Having joined the University of Edinburgh as a Career Development Fellow in 2013, and continued as a Research Assistant until April 2015, I have now embarked on a Leverhulme Trust Early Career Fellowship on the Building (Ancient) Lives project, in collaboration with architects, artists, local authorities and community projects.

I have also worked as a commercial buildings archaeologist with Addyman Archaeology, a division of the conservation architects Simpson & Brown, with whom I am still affiliated as a Honorary Consultant.

Dave McBain has been involved with Historic Assynt for many years. Resident in Clachtoll, Sutherland, he has been intimately involved in the ongoing multi-million pound excavation and restoration 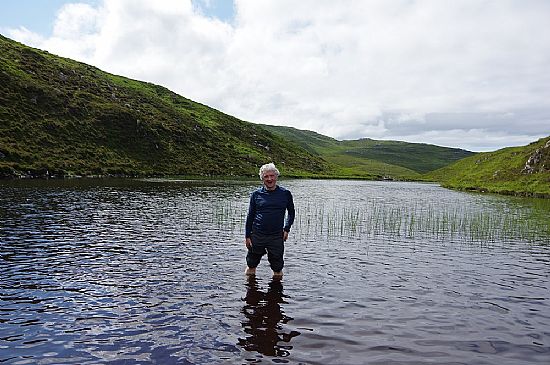 of Clachtoll Broch. This is what he says about himself:

I am an amateur Archaeologist/part time student with bundles of enthusiasm for anything historical. As well as being the treasurer for Historic Assynt, I am a keen hillwalker, photographer and co-owner of a Bed and Breakfast in Lochinver. In a past life I worked in a variety of hi-tech business' in a variety of roles, none of which were nearly as much fun as being up to my knees in a 2000 year old mud pit (ie Clachtoll Broch!)

Nick has had a varied career, beginning in land surveying, progressing through academic, engineering and research geology, then to business, road engineering and contract archaeology – and now happiest at being retired! He was founding Secretary of Clyne Heritage Society in 1998 and Chair since 2001. Hhe has instigated and managed many local projects including the Clynekirkton Project (regeneration of local historic disused graveyard), the Kilfeddermore Smithy Project (rescue archaeological excavation) and assisted in the organisation of others, such as the nationally acclaimed Brora Salt Pans archaeological excavation. He also publishes the annual magazine of the Society, the Clyne Chronicle, which now runs to 60 pages.

He is currently working on a multi-million pound project to restore Old Clyne School. This will deliver to Brora a first-class community heritage hub, with all its associated displays and activities, inside the currently derelict former school building. 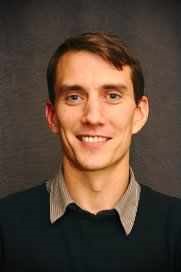 Dr Graeme Cavers is a member of AOC's board of directors, and the company's Head of Survey and Geomatics.

After completing postgraduate research on the crannogs and the later prehistoric settlement of Scotland at the University of Nottingham, Graeme has focussed on the development of archaeological survey techniques and 3D technologies. He has a strong interest in community participation in heritage research and has coordinated several major public archaeological research projects in recent years, including with groups in Assynt, Caithness, Wigtownshire and the Scottish Borders.

He has directed numerous surveys and excavations, including several large-scale regional surveys and two major LiDAR surveys of the archaeological landscapes of Caithness; some of the first of their kind in Scotland. Since joining AOC Graeme has primarily been involved in the development of terrestrial and aerial laser scanning technology in archaeological survey, and in the coordination of the Scottish Wetlands Archaeology Programme, with Anne Crone. He is an Honorary Research Associate at th e University of Nottingham, and has been a Director at AOC since 2013. 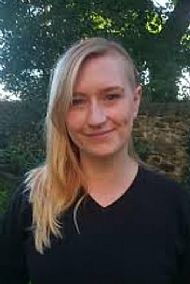 Dr Lisa Brown is an Archaeological Science Manager with Historic Environment Scotland, with a particular interest in the scientific aspects of archaeology. She undertook a PhD with University of Edinburgh on the role of coins in Roman burial ritual.

Lynne joined Highland Archaeology Services (HAS) in 2013. She has a BA from Cardiff University and a post graduate masters in material culture and artefact studies from Glasgow University. She has worked for Historic Scotland, ARCH Highland and Alness Heritage Centre in various roles. Lynne works for HAS in a range of areas but with a particular interest in artefacts and collections management. Lynne became a joint director of HAS in August 2017.

Lachlan joined HAS in February 2013.  He is an archaeology graduate of Glasgow University who has worked for Historic Scotland and Archaeology Scotland as well as ARCH Highland, Alness Heritage Centre and other organisations.  He has particular expertise in fieldwork and community archaeology. Lachlan became a joint Director in August 2017, and was a trustee of NOSAS until summer 2017 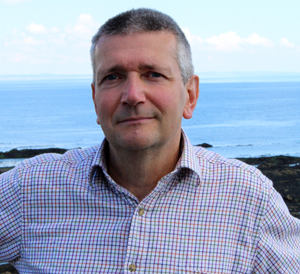 is a Principal Research Fellow working on the archaeology of the coast. He is interested in assessing threats posed by coastal processes to heritage sites; exploring possible courses of action at vulnerable sites ; and promoting the role of public archaeology in managing inevitable change. He has been the Managing Director of SCAPE (Scottish Archaeology and the Problem of Erosion) since 2001; is a Vice President of the Society of Antiquaries of Scotland; and was formerly a Commissioner on the Royal Commission on the Ancient and Historical Monuments of Scotland (RCAHMS).

Tom has a strong interest in community archaeology and promoting heritage as widely as possible. Projects include the award-winning Scotland’s Coastal Heritage at Risk Project (SCHARP)  and the Shorewatch Project. He has also worked with communities to excavate some sites, including on Unst and Bressay in Shetland, Baile Sear and Loch Paible in the Western Isles and Brora in Sutherland. Tom has also explored novel ways of working with threatened archaeological sites; including relocating two burnt mounds to local Heritage Centres; using digital technology to record threatened sites before they are destroyed – see the Wemyss Caves website for an example: www.4dwemysscaves.org/ and using video to promote coastal archaeology. He has appeared on several TV programmes, including episodes of Channel 4's 'Britain at Low Tide' (which will be airing on Saturdays in the run up to the conference).